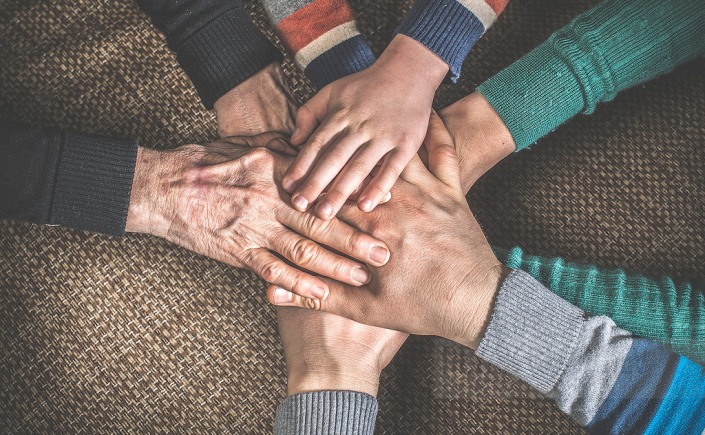 Have you heard about the bunch of troublemakers causing mayhem in the cloth nappy world? The call themselves the Nappy Science Gang and they just don’t seem to understand The Rules. You know The Rules: follow The Rules, repeat The Rules, don’t dare to question The Rules. Well this lot are questioning everything.

You say, “Powder detergent is recommended,” and they say, “By whom?”

You say, “Bamboo absorbs more slowly than microfibre,” and they say, “Have you tested that?”

You say, “Cloth nappies are good for baby’s hips,” and they say, “Do you have any evidence?”

Can’t they just accept anything? What’s more, it’s the WORST ADVICE GROUP IN THE WORLD. Try as you might you just can’t get them to tell you what to do. Every time it’s the same stubborn answer:

“Here is some evidence-based information which might help you decide.”

Welcome to Nappy Science Gang, the worst advice group in the world. Actually what we are is a citizen science project and we’re gathering scientific evidence and doing our own science to learn more about our reusable nappies. Thing is, word has got round that some of the evidence we’ve found calls into question a lot of the established ‘truths’ of nappy washing and now lots of you want to know The New Rules. And we keep offering evidence-based information and you keep saying, “Can you not just tell me what to do?!”

Well, we are not going to do it. We are sticking firmly to empowering you with evidence-based information. However, you said it would help to hear how others are choosing to wash their nappies having read our stuff, and that we can do. We asked our group members and here are some of the things they said:

I don’t bother with an extra rinse at the end of the wash cycle now after learning that detergent build-up isn’t really a problem. I’ve not noticed any difference in nappy texture or performance since stopping, but the shorter wash time is a definite bonus 😊

Full dose with no extra rinse at the end!

More detergent, powder not liquid, fewer rinses at the end.

For a long time some sources have recommended using a half dose of detergent to avoid detergent build-up causing all sorts of problems. We heard from water experts in our live chats that people often over-dose, but you do need to have enough detergent. Then when we did our stripwashing experiment, we didn’t find a build-up of detergent in any of the five smelly nappies we had analysed. There was lots of bacteria though so it looks like they hadn’t been cleaned effectively. Is too little detergent more risky than too much?

I switched from non-bio liquid to bio powder (for nappies but also all my other laundry – I like the fact that a lot of the advice applies to washing other stuff, not just nappies).

I now use bio, makes such a difference, we have sensitive skin so I always assumed my twinlets would get sore but they have been fine!

Use bio and go for the cheaper stuff with less perfume (avoiding eczema).

We wondered why NHS said you shouldn’t use bio detergent on baby’s things when the evidence we found said that it wasn’t more likely to cause skin irritation than non-bio. When one of our advisers wrote to the NHS to ask for the evidence supporting the claim, they agreed there wasn’t any and changed the advice. We also looked further into how the enzymes in bio work and learned that they’re very useful for washing things like wee and poo.

I always wash at 60 following some of your expert speakers saying that’s the temperature that best gets them clean.

Since taking part in the washing powder experiment I’ve continued to wash at 40 degrees rather than the 60 I washed at previously (because when I washed at 40 in the experiment the nappies still seemed clean and fresh).

Help! They don’t agree! At hotter temperatures washing is generally more effective and more microbes are killed. One expert felt that 60° was a minimum requirement for a cotton nappy  and that a few minutes at 60° would kill most bugs, but also told us that in tests many domestic machines don’t reach 60°. In our temperature tests, nappies washed 100 times at 60° were a bit cleaner and a bit more worn than those washed at 40°. Modern detergents are formulated to be effective at low temperatures and we’ve learned that in many other countries people routinely wash with cool water. To reliably kill all bugs to hospital standard you need even hotter temperatures, but powder detergents and sanitiser/oxi stain remover products contain certain bleaching ingredients which can improve the performance of a wash at less than 60°.

The second thing I learned is related to water hardness and the action of detergents from the live chats… that in very hard water areas such as mine much binds to the minerals in the water so need to use either softener or plenty of detergent. I haven’t looked into getting water softener yet and just using bigger dose of detergent. This decision was also informed by the experiment showing lack of build-up of detergent but mineral exoskeleton instead (that I’m presuming is due to hard water/insufficient detergent, though obviously I’ll wait to see if the next experiments confirm that…)

We have learned that as well as things to clean the clothes, detergents contain ingredients to soften the water and make it better for washing (more here). That’s why the dose for hard water is always higher. It’s also possible to soften your water with a product like Calgon and then use the lower dose of detergent for soft water. A really exciting discovery in our stripwashing experiment was finding that two nappies had a build-up of the insoluble mineral hydroxyl apatite. It’s created when phosphate combine with calcium salts and we reckon those calcium salts come from hard water which hasn’t been treated effectively.

More detergent, powder not liquid, fewer rinses at the end.

If I use liquid, I’ll sometimes add a scoop of oxygen bleach booster.

Our experts seem to agree that both powder and liquid detergents should dissolve properly in a washing machine though powder may dissolve more easily. And although they don’t tend to do quite so well in industry tests, modern liquids are designed to compete with powders (see live chats 2, 3, 5 & 27 in particular). Liquid pods didn’t do as well as the powders in our detergent test. One difference between them is that liquid doesn’t normally contain oxygen based bleaching agent. In our detergent tests things with those bleaching agents did better.

Since reading here, I do a full bio dose on a cottons wash. Small scoop of bio in pre wash, no final rinse and stopped using things like MioFresh.

When I was still washing loads of nappies I did extra rinses to help remove the bacteria in line with Chantelle’s “if it’s gone it doesn’t matter if it’s dead or not” point.

I still use the super rinse setting. I’m not sure if it’s necessary but like to get some of the fragrance out for sensitive skin types in the family and I think the extra water changes will help with the bacteria.

Pre-wash cycles give your machine a head start by loosening dirt. We’ve not found any evidence of problematic detergent build-up so are extra rinses at the end necessary? Some detergent ingredients, particularly fragrances, are designed to stay behind in the fabric so an extra rinse might help if you are sensitive to them. As for dealing with bugs, we understand that washing bugs and dirt away with agitation, detergent and water should be our main prong of attack. Which cycles will you use? This article has some general information about how to get the most out of your machine.

I no longer feel guilty for using bio and a 60 🙂

Guilty? We get it. The internet is often not an easy place to be when you’re making decisions that involve your baby. Between other parents railing against risk of any kind, and the prevalence of repeated hearsay and pseudoscience, it can feel impossible to ever deviate from the well-trodden path. It’s the aim of NSG to uncover quality information so hopefully you can make a more educated choice about what to do, and trust your own judgement.

The bottom line is nappies are very dirty laundry and it’s all about working out what is the simplest way to get your nappies clean without having them fall to bits. As you can see, people are experimenting and many are finding they feel happy to trust their machines and their detergent to just give their nappies a right good wash.You can read the original thread on our Facebook page here. Why not add your own conclusions while you’re there.

You can read more and join in the discussion in our Facebook group.